Invest in UDIs
About us Contact FAQ’S Blog
Facebook LinkedIn Instagram
Professional insurance advice with 100% digital and personalized attention
Seguritlán © 2022 All rights reserved
Major Medical Expenses Insurance - Flex Plus
The protection you require, how you want it.

Life is a constant change. With the passage of time our lifestyle changes, as well as the health needs that we require. For this reason, we have created Flex Plus, a flexible medical expenses insurance that adapts to the real health needs of each person.
Quote now

You choose the protection you want

Being a flexible insurance, you choose the benefits you want. Add and remove coverages to create the ideal insurance that suits your needs.

We take care of your pocket. No matter the hospital or the region in which you receive care, from the first moment you will know exactly what the maximum amount you will pay for coinsurance is.

Expectant mothers can count on maternity compensation and receive a set amount of money. This financial support gives them the freedom to choose where and how they want their baby to be born.

In Seguritlan we want you safe at all times

For this reason, our international medical insurance has complete coverage in Mexico and abroad. You can rest assured that no matter the place or the time, you will always have the support of your insurance.

To cover the expenses derived from medical care for some illnesses or diseases, an uninterrupted period of time must elapse from the date of your registration in the Policy and until the date on which the accident occurs.

We make available to our policyholders the telephone assistance service where they can receive telephone medical advice, request a Doctor at home, ask for our doctors in agreement, or request support in case of an emergency.

With your dental insurance, you receive free services like cleanings and complete checkups every year. Also, get up to 70% discount on other treatments.

If you have an oncological (cancer), complex cardiovascular and/or orthopedic (spine, hip and knee) condition, you can count on our +Care program at no additional cost.

ADDITIONAL COVERAGES
In addition, Flex Plus gives you the opportunity to strengthen the scope of your Protection with the following coverages
Medications Out of Hospital (MFH)

The reimbursement of expenses for prescription drugs is covered once discharged from the hospital or those that are prescribed by the doctor without necessarily requiring hospitalization. Deductible and contracted coinsurance apply as long as the condition is covered.

A $0 pesos deductible applies if the amount of covered expenses per accident exceeds $2,000 pesos.

Increases the basic insured sum of maternity assistance to $25,000 or $45,000 pesos. Additionally, the Company may advance the payment of the amount contracted for this opening from the 29th week of gestation.

Medications Out of Hospital (MFH)

Covers expenses for pre-existing illnesses once the two-year continuous coverage has been fulfilled as long as you have not received medical treatment, have not incurred expenses for its care and have not been expressly excluded in a policy endorsement

Access to the following services is given: Transfer to an appropriate medical center for medical emergencies. Round trip ticket for a family member and lodging expenses: only in the event that the hospitalization of the insured is greater than 5 days. Medical repatriation to your home or to a rehabilitation center, among others.

It covers medical emergencies when the insured is traveling abroad, with an insured sum of $100,000 and a $100 deductible. This sum insured and the deductible are independent of those contracted in the policy, coinsurance does not apply.

The insured can be treated abroad for the following conditions: cancer, coronary diseases that require surgery, organ transplants and cerebrovascular and cerebral neurological diseases. You also have access to a second medical opinion in the United States in case you have a serious illness. Contracted conditions apply.

The insured may extend their coverage area to foreign territory. The conditions and limits contracted and established in the title page of the policy apply.

With this coverage, the insured may receive medical care in any part of the national territory (within the Mexican Republic), without applying coinsurance penalties for changing the area of ​​care.

Do not entertain doubts

We give you a simple description of the concepts you should know when hiring your major medical expenses insurance policy.

If you or your family have an unforeseen event, such as a fall, blow or fracture, your insurance will support them financially.

You will have a doctor by telephone 24 hours a day with free attention in case you have any discomfort.

You will be covered for hospitalizations, surgeries and medications that you may need due to illness.

Expectant mothers can count on maternity compensation and receive an amount of money to support childbirth expenses.

Your golden smile also benefits from your major medical expenses insurance. We have dental protection services.

Feeling safe has never been so easy

Choose the protection plan that best suits your needs. All of our limited-offer health plans include COVID-19 protection with no waiting period.

Feeling safe has never been so easy.
$
1,466
a month
Sum insured: $24 Million
Maternity support: $45 thousand
Hospital range Emerald
Hire Now
*Check here terms and conditions.​
*Subject to change without notice.
*Prices and quantities in MXN, do not include taxes.

We guarantee to send your quote in less than 4 business hours. Hours of operation Monday to Friday from 09:00 A.M. to 03:00 PM 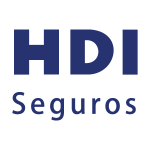